Alessandra is all things creative. A voice actor, vocalist, bass player and producer. From creating characters at the age of three, to singing in front of large groups at thirteen, she knew her place was on stage, in the studio, and on camera. Growing up in a musical family helped, as weekends were spent having family jam sessions.

Soon after her completing degree in studio music, she landed a gig singing with Ben Folds and the Pittsburgh Symphony, sang for Radio City Music Hall as a Rockette, and sang on My Brightest Diamond’s album “This is My Hand.” Studio singing quickly opened up the doors for her as a voice actor, with clients such as Google, Starbucks, Verizon, LEGO, Target, Aflac, Cinnabon, Hello Fresh, Ketel One Vodka, Hasbro, Amazon, Fidelity, iHeartRadio and many others.

Alessandra is an absolute dream to work with. Not only can she make any idea you bring her come to life, but she is quick and efficient in doing so. I have worked with her across high level creative, commercial production, TVC/OTT fast turn projects – the full gamut. She treats each and every project with the utmost importance and dedication — and she ALWAYS delivers. I consider her an invaluable resource.  Not only for lending her actual voice to our content, but giving her full passion and insight to our projects simultaneously.

Alessandra is an absolute DREAM to work with.  She is a total pro – takes direction with ease in every session we book and is always a ton of fun on and off the mic.  Book her!  She won’t let you down.

Alessandra has been an absolute pleasure to work with for each and every project we have teamed up for. She is always flexible on recording times, and quick to get back on confirming recording sessions. Her turnaround is always very quick, she is very efficient to work with. Her professionalism during sessions makes each project smooth and stress free. I always look forward to an opportunity to work with Alessandra!

Alessandra always delivers her best and her best, is the best. She can pull off any role with humor and heart and she is always a pleasure to work with

Alessandra is one of our go-to actors whom we trust to deliver entertaining performances for a diverse set of roles. She has saved us more than once on short notice, when other actors have dropped out, and working with her is always fun and easy breezy

Alessandra was very responsive to all communication and was great to work with on our voice session. She takes direction very well and delivered a high quality file quickly after our session. 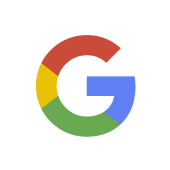 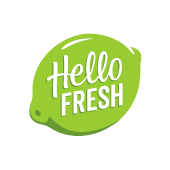 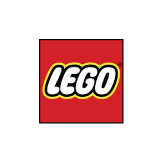